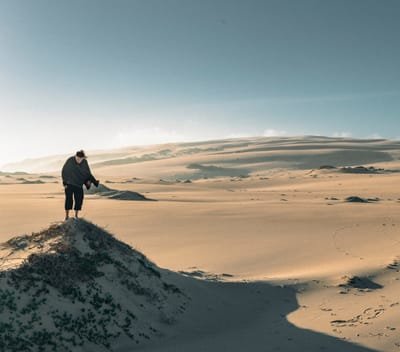 Saint Mesa may have been born in sunny Southern Californian, but its brooding tones often sound otherworldly. A project of multi-instrumentalist Danny McCook, Saint Mesa’s sounds are tense, darkly cinematic, with deep roots and tribalistic beats. Danny has played live at the Sasquatch and Bottlerock festivals, among many others, and Saint Mesa’s dynamic range has landed it on ABC shows, in advertisements for H&M and Puma, and in vaunted properties like Marvel and Netflix.